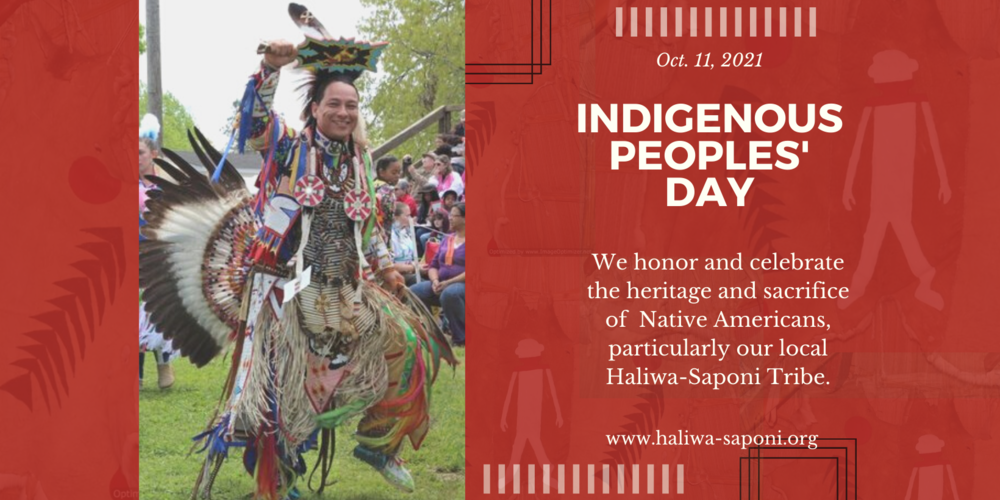 Indigenous Peoples’ Day is celebrated on the second Monday of October, which falls on October 11 this year. It's an opportunity to honor the cultures and histories of Native American people. The day is centered around reflecting on tribal roots and the devastating events that impacted tribal communities.

We have 125 Native American students in Warren County Schools, more than 7-percent of our student population. We also have Native American employees serving our district. Locally, many Native Americans in this region are connected to the Haliwa-Saponi Tribe. The name Haliwa is derived from the two counties of Halifax and Warren, which are the ancestral homelands of the Haliwa People dating back to the early 18th Century.

We celebrate and honor the heritage and sacrifice of Native Americans on Indigenous Peoples' Day.